A number of commentators have asked what I mean by essences and essentialism. Basically, the idea is that we naturally assume that there is a true identity of something that exists independently of its outward appearance.

appearance so that it now looked like a skunk (change the color of its skin, paint a white line down the back, add a bag of smelly stuff and so on). If I asked you whether it was a raccoon or a skunk then you would say that it is still a raccoon. You might explain that in terms of DNA and you’d be right. But before DNA was known, you would have given the same answer. Young children who do not know about DNA also say that animals are essentially the same despite outward appearances because they are  basing their answer on intuitive essentialism. Susan Gelman and Frank Keil are some of the leading researchers in this area. 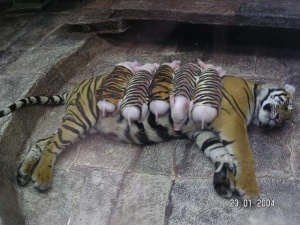 I have taken this idea further by arguing that essentialism could be the basis for some supernatural beliefs. The idea that someone’s essence could contaminate the physical world is a recurring theme in many of the postings that I have put up on this blog.