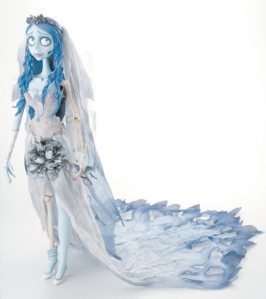 A couple of weeks ago I was in London to film a brief interview with a production company making a documentary for Channel Four about a man who exhumes bodies for a living. It was a really awkward interview as the first question posed to me was, “So why is the body important?” As I stumbled through the questions I realized that there are all manner of beliefs about the corpse that vary from culture to culture. I mentioned the Zoroastrian tradition of leaving the corpse on the mountain side to be consumed by the elements. The Mexican “El Día de los Muertos” (Day of the Dead) where they celebrate the deceased and even some cultures where the corpse is exhumed for a day of celebration. I even got a mention of the funereal cannibalism that was practiced by the South American Wari tribe up until the 1950’s where deceased relatives were cooked and eaten. In short there is no end to the weird beliefs concerning how we treat the dead but in each instance very few cultures simply treat the body as flesh and bone.

We learn this week that a grieving father in China paid graver-robbers to dig up the body of a teenage girl who recently committed suicide for failing to pass her university entrance exams. He had just lost his son and he wanted a “ghost bride” for him in the afterlife. This practice known as “minghun” reflects a widespread belief that an unmarried life is an incomplete one – even in death. A marriage ceremony is performed and the two corpses are buried together. In China, young girls are often sold for weddings and even death is no bar to selling one’s own daughter. Parents of a dead daughter often regard the money received in selling her for minghun as recompense for the dowry that they did not receive in her lifetime, while also posthumously elevating their child’s place. This practice reminds me of Jesse Bering’s work with pre-school children that I discuss in SuperSense where they reason that although a puppet mouse might be dead inside the belly of an alligator, it still has a mental life because the after-life is such a powerful assumption.

Although minghun has officially been banned it still goes on in rural communities leading to grave-robbing.  One problem is the lack of suitable ghost brides. Last year, a Chinese gang were arrested for murdering young women to supply the need for minghun. Once again, we are reminded that not all beliefs are benign.

“The Exhumer” will be broadcast on Channel Four in July.

Filed under In the News, supernatural, Weird Story of the Week