I Knew You Would Say That 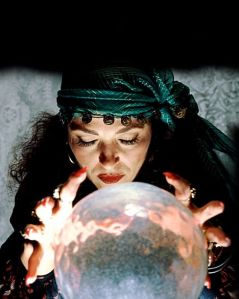 New Scientist has pre-empted the publication of nine precognition studies by the eminent social psychologist Daryl Bem which is due out in the Journal of Personality and Social Psychology later this year. The reason that this is drawing such attention is that Bem reports nine replications of precognition where participants’ performance on various cognitive tasks is significantly predicted by events that happen after their responses are made. For example, in one study, Bem reverses the classic priming effect. In priming, participants are presented with a positive word such as “beautiful” or a negative word “ugly” and then they have to make a speeded response to categorize pictures in terms of whether they are beautiful or ugly, say for example a picture of a flower or a picture of a wart. When the prime is congruent (“beautiful”) with the image (flower), participants are faster compared to when the prime is incongruent. Bem reversed the sequence so that participants categorized the picture and were then presented with the prime. He still found a significant but reduced effect for the reverse prime. In other words, participants behaviour at time 1 was associated with events that had not yet happened at time 2.

Does Bem have an explanation? Not really. What is the mechanism? The usual appeal to quantum theory that all bets are off. I know that Richard Wiseman is currently attempting to replicate Bem’s findings and until then I must reserve judgement. It would be unscientific to dismiss a peer-reviewed article without waiting for confirmation. But something tells me that this is not going to hold up as a reliable finding.

UPDATE: Richard Wiseman thinks that experimenter bias may have crept in. According to the methods section, words that were recalled that were close to target words were coded as near misses by student experimenters who were aware of which words were the targets. In other words, not truly blinded.