Last week, two Australian twins visiting Denver, went to the local shooting range to commit suicide. Kristin and Candice Hermeler (29) where seen smiling on video footage before shooting themselves in the head with .22 calibre handguns. Candice survived but her sister died at the scene.

The twins were clearly disturbed and had an obsession with the 1999 Columbine Massacre which took place not so far from the shooting range. You can read about the sad case here, but what I find remarkable was the Australian Heralds headline – “Suicide Twins Kristin and Candice Hermeler Had God Delusion in their Luggage.”

Clearly the implication was that the suicide was linked to reading Dawkins’ book. But what the article fails to give due weight to is that they also had a copy of Eckhart Tolle’s “The Power of Now: A Guide to Spiritual Enlightenment ” as well as a bunch of dreadful music CDs. I think, “The Very Best of Christopher Cross” is just as much a suitable candidate.

People commit suicide for all manner of reasons but I would have thought that atheism is far down on the list. In fact, one could argue that religion can be a motive as we know that belief in the afterlife is one of the incentives used to cajole suicide bombers. 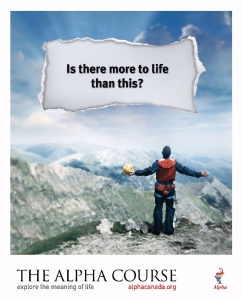 Who put that bloody big rip in the sky?

It is a shame that these twins felt that suicide was worthy and worse that they decided to do it in public. The video released does not show the actual moment but there are others gathered around them at the range. I have always thought that this was an immensely selfish thing to do anyway for the traumatic impact that it leaves on others. When I read about the case, I was reminded of Adam Rutherford’s talk at TAM London about the Alpha Course. His opening slide was the image of the climber on the top of the mountain range asking more or less, “Is this all there is?” Adam replied, “Yes, and it’s fucking awesome.”

Somehow I think that people contemplating suicide, when they are perfectly healthy, need to stop looking inwards, but rather look at the fact that they are some of the luckiest people in the world. Of course, this is precisely the problem with suicide, but then, questioning the value of life without God, does not help.