I just finished a phone interview with “Wired” magazine for my book review in the April issue. The journalist who interviewed me was a young lady with the unusual name, Zelda. She was delightful and let me ramble on for ages. I don’t know about you but I always try to picture who I am speaking to when on the phone. I find it hard without seeing the face (that’s why I love SKYPE – also its free!). Anyway to me, the name Zelda has always been magical – think Princess Zelda or the Legend of Zelda – you gamers out there will know what I am on about.

However, those of you of a certain age will also remember that other Zelda, 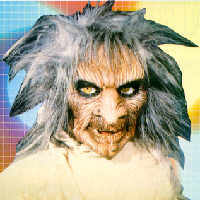 the main villian of “Terrahawks” in what was probably one of the most grotesque and terrifying puppet portrayals of evil ever. Terrahawks is cult TV and yes, I know I sound a bit nerdy but frankly, I have been altered permanently by watching Terrahawks during my student days. I defy anyone to come up with a more traumatizing, ghoulish children’s puppet series (Bill and Ben aside). Zelda, along with her hideous sister, Cystar 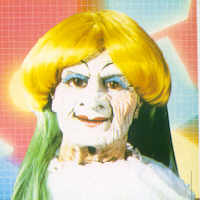 (a clear case of Hollywood plastic surgery gone wrong) and Zelda’s abomination son, Yung-Star truly made you want to wretch with his drooling sputum.

Bring back Terrahawks. It will scare children back into a state of trembling fear where they belong.

Which childhood characters terrified you? Muffin the Mule? Barney?

25 responses to “Bring Back Zelda!”